Every business trying to grow its presence on Facebook has sought to have people "like" its page and posts, but recent discoveries have revealed a darker side to an option that most Facebook users click on without much thought. The phenomenon of "like farming" involves scams, exploitation, false advertising and sometimes even malware. It means that users need to be careful and businesses need to make sure it is easy to confirm that they are who they claim to be.

Like farming involves making posts on Facebook that have the potential to go viral, attracting huge numbers of likes. They can be anything from appeals to cheer up kids with cancer to images of popular foods, pictures of kittens or clever sayings that many people are likely to agree with. Usually these posts are accompanied by direct requests for people to like or share them.

When the post has collected enough likes, the owners remove the original content and replace it with whatever it is they really want to popularize, such as their products or malware designed to interfere with users’ computers. They may also sell it to others with similar intentions. Pages with lots of likes are valuable because Facebook prioritizes them in search results.

Moreover, like farming can be used to collect lists of users loosely selected according to interest, whose personal details can then be taken from Facebook for use in various scams.

An investigation by CNN has revealed that this practice has exploited pictures stolen from other users or from the internet in general, including one photo of a seriously ill child. Naturally, this kind of exploitation can be extremely distressing for those whose pictures are stolen.

It is understood that Facebook is currently looking for ways to address the problem. In the meantime, the big concern for businesses will be that this could make users hesitant to use the like button, which could make it harder for upcoming organizations or new products to compete for attention with established ones. If this happens, it will be important for businesses to increase confidence by making sure that their contact details are easy to find on their Facebook pages and that their owners are listed by name so that users can confirm that they are legitimate.

The like scandal is a problem Facebook could do without on a day when a new survey conducted by researchers at Princeton has suggested that the social media giant is likely to experience a rapid decline in its user base approximately one year from now. 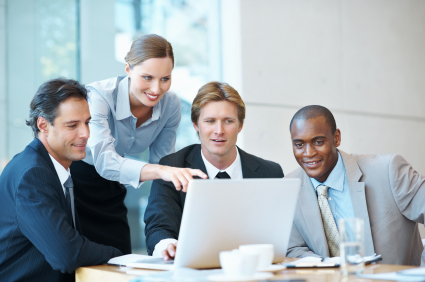