Sometimes the best ideas in marketing come from bringing disparate ideas together. This is just what Yahoo’s Marissa Mayer has done, announcing in a recent interview that the search engine should be more like fashion magazine Vogue. “The ads in those magazines are as interesting as the photo shoots and the articles,” Mayer asserted. “I miss the ads when they are not there. I feel less fulfilled.”

What this means, she has since elaborated, is that the ads are something customers can actually be attracted to if they are effectively blended with content. Rather than being something that potential customers find annoying, they can have direct appeal of their own. This is something that savvy marketers will already have spotted on Pinterest, where the most successful ads are those that please users visually, often being grouped together with non-commercial, user-generated content. Now Mayer wants to bring ad and content integration to Yahoo.

Mayer is currently looking after Yahoo’s advertising herself, having sacked senior executive Henrique de Castro last week. It was expected that she would simply make sure nothing disastrous happened while waiting for a suitable candidate to fill the role; however, it now appears that, as elsewhere within the company, she has an appetite for radical change. Although the task she is taking on is a difficult one, the experiment will be welcomed by many advertisers who are keen to see their online options expand rather than just getting access to more refined versions of the same old thing.

“The path to revenue is really about delivering for advertisers ads that perform in whatever format or setting our users are working in and making those ads really enhancing for the user experience,” Mayer propounded.

What could this new style of advertising look like? Yahoo has recently been looking for better ways to integrate ads with news content, which is a trick that Google, Facebook and several online press outlets have also been exploring. Yahoo is also looking at fitting advertorial articles into its expanded news service.

Advertorial is a technique that has long been used in print media but it has yet to take off on the Internet, at least outside the blogosphere. To work well, it really has to be designed to blend in with the site it is featured on and, ideally, it has to make users feel informed about more than just the product or service it is selling. Like the ads in Vogue, it has to be the sort of thing that will be missed when it is not there.

An Ad to Remember: Creating a Memorable Marketing Campaign 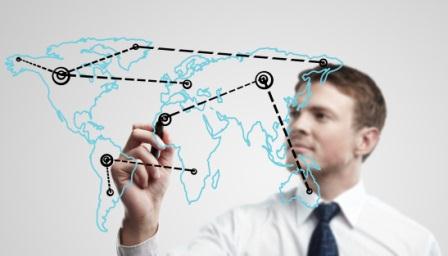