Most people on the internet love movies, right? Bing certainly thinks so, and this is why it has launched a brand new awards site focused on the upcoming Golden Globes, the Grammys and the Oscars. At first glance it is just a populist move designed to keep people talking about Bing itself, but it has lessons for anybody with an online product to sell.

Looking first at the Golden Globes and promising to provide background on the nominees and a look at the event’s history, winner predictions and party tips, the site might not sound like much more than any other online film site, and indeed it isn’t – in fact, the dedicated film sites are likely to offer much more in terms of insight – but this is beside the point. For a company such as Bing, this is an exercise in brand building. It is a means of presenting the search engine as if it had a personality and shared interests with its users. The idea is not simply to sell the idea of enjoying the awards show but also to sell the idea of enjoying it with Bing – of inviting Bing to that carefully planned party. It is also, of course, about associating what many might think of as a rather mundane site with celebrity culture.

How can smaller companies do this? Not everybody can run something special for an awards night – it might not fit with the company’s brand image or it might simply be too difficult to do it well. Every company, however, can identify events or special occasions that it does have a connection with, whether thematically or in terms of its brand personality, and use them as a means to connect with its customers. This can mean anything from setting up a special page on its website to adding an interactive graphic on its homepage, as Google often does. Most notably it can involve chatting about an event on social media and engaging with customers who share feelings of anticipation, excitement or general good humor.

In order to work effectively, mini-campaigns such as this need to be prepared well in advance, giving the company the chance to come across as really knowing its stuff. This can help to boost consumer confidence in its abilities more generally. It is a good idea to sit down at the start of the year and identify possible events to aim for and then be ready to share a good time with customers and to develop those all-important personal connections. 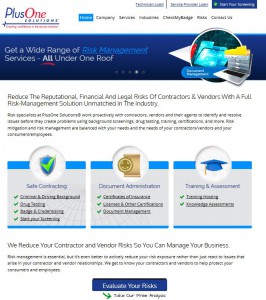 Xcellimark is One of the Top Advertising Agencies in Orlando