Twitter is rolling out a new look this week; however, it is one that some users will already be familiar with, as the interface used for IOS and Android has been adapted for use across all media. It has already been tested on a small percentage of users to allow for feedback and tweaking.

According to Twitter, around 40% of its users just lurk on the site, reading without posting any tweets themselves. The new design seems in part to be an attempt to change this, with a permanently open compose box on the left hand side replacing the old pop-up compose box so users will, in effect, be constantly aware of the invitation to participate actively. In a minor change, users’ profiles and pictures will appear above this box.

At the same time as changing its look, Twitter has announced that it is developing new options for advertisers, using customer relationship data to enable precise targeting of ads at the groups of users most likely to be interested in purchasing the products or services. Tailored audiences will also be identified based of their levels of engagement with the site, increasing the odds that marketers purchasing this kind of ad will see it retweeted in addition to enjoying a good rate of direct conversions.

Changes to social media sites rarely go down well in the short term and there is still quite a bit of grumbling about the threading Twitter introduced in its last major update; therefore, it remains to be seen how this change will be received. Over the longer term, figures for the past year suggest that Twitter can expect continued growth. Its share price did not fare as well as had been hoped during December, but it still has plenty of room to expand within the type of market where it has already proved successful.

Properly targeted audiences could give Twitter a significant boost as it competes for market share within the social media marketing world, enabling it to compete more effectively with the likes of Facebook. Though it is coming late to the game, Twitter's current financial circumstances are such that it has the potential to undercut competitors, giving it particular appeal to small businesses that need to expand their reach but cannot afford to risk investing in big marketing campaigns. Twitter has not yet begun pricing its new scheme, but online businesses will be watching it closely. 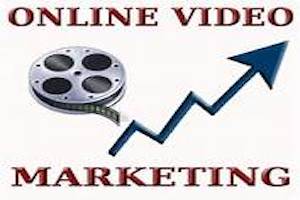