What Do the Latest Google Plus Updates Mean For Your Business? 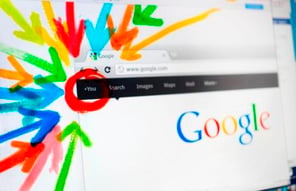 The tech industry resembles the political world in one important way: It's rife with speculation about who's "up" and who's "down" at any given time. Lately, there's been a lot of crowing in digital circles about the future of Google Plus, the buttoned-up social media platform that's perennially seen as an afterthought next to Facebook, LinkedIn, Twitter and others. Many have flatly declared that Google Plus is "dead."

Where Does Google Plus Stand Today?

Although the platform is still alive for the time being, it's clear that significant and perhaps irreversible changes are coming. At a Google event, eyebrows raised when Google unveiled a host of new photo-sharing tools and other functions that had no apparent integration with its social platform. Meanwhile, Google Plus updates appear to have slowed to a trickle.

When the corporate vice president in charge of a popular social platform - as well as the tools and functions that may ultimately replace it - has to go on the record and deny that said platform is being thrown under the bus, it probably doesn't bode well for the future.

Just as importantly, the changes that Google ultimately makes to its Plus platform may prove to be useful for the very same businesses that use it to reach prospects today. In fact, the platform appears poised to morph into a topic-focused tool that's wildly effective for curating conversations around specific interests or products.

If you run a business with a small but dedicated following centered around a well-defined niche, such as woodworking or horticulture, Google Plus could become a critical tool in your firm's marketing arsenal in the months and years to come.

With this in mind, here are some Google Plus tips — covering the platform as it's currently structured as well as how it could look in the future — for business owners who want to harness its marketing power.

1. Use Google Plus Photo-sharing Capabilities to the Fullest

Google Plus photo storage and sharing capabilities are unexpectedly impressive. While the platform won't ever be the next Instagram or Pinterest, it's definitely a useful medium for sharing your firm's visual content. It's particularly effective for cataloging and sharing "newsy" items, such as the rollout of a new corporate logo or product.

"+1s" are to Google Plus as "Favorites" are to Twitter and "Likes" are to Facebook. Although Google doesn't divulge the specifics of its Google Plus algorithm, it appears that +1s positively correlate to visibility within the platform.

Perhaps more importantly, +1s appear to positively influence the general search visibility of publicly shared Google Plus content. To be fair, Google is cagey about its general search algorithms and won't confirm or deny that the +1 button is a factor, but it certainly can't hurt.

3. Use Google Plus to Reach Out to Influencers and Thought Leaders

Google Plus influencers can dramatically boost your company's organic marketing efforts. To harness their power, reach out to individual influencers who either work your industry, have some claim to leadership in it or represent a potential high-value client relationship. Whether they share your content and thus serve as a word-of-mouth conduit for other leads or convert and become paying customers themselves, the importance of their approval can't be overstated.

Introduced in early May 2015, the Collections feature could point the way forward for Google Plus. In a post announcing the feature's release, Google explained:

"Every collection is a focused set of posts on a particular topic, providing an easy way for you to organize all the things you're into. Each collection can be shared publicly, privately or with a custom set of people... Posts in collections you follow will appear in your Home stream with a link to easily jump right into the collection so that you can get to similar content from that author. Collections give you a great way to find more of the stuff you love from the people you follow."

While it's probably a stretch to say that Google is intentionally muscling in on Reddit's turf, the Collections feature definitely has some obvious similarities to that platform. One key difference: It's more personalized, allowing you to make intimate, high-value connections with current and prospective clients.

As envisioned, Collections allows you to curate content and conversations around particular topics that align with your products and services. In other words, properly harnessed Collections can be a high-ROI prong in your online marketing arsenal.

You've heard the old cliche: The only certainty is change itself. As Google refines and reworks Google Plus for a more mobile, competitive social media landscape, this cliche has never sounded more true. While such changes can seem scary to folks who live and breathe marketing, not to mention the business owners they serve, evolution is a necessary part of the work.

Rather than throw up your hands and shift resources away from Google Plus, buckle down and take a closer look at the platform's potential benefits for your marketing and lead-gen operations both now and in the future. You might just be surprised by what you find.

A Personal Response – From A Machine