The Visual Dynamics of Social Media

Every day my inbox is flooded with emails about social media secrets and updates. At times, it seems like a lot of hot air and most of what’s in my inbox I’ve already heard but after reviewing my email there was one trend I noticed: social media’s gone even more visual.

What I’ve learned about Facebook is that you can’t get too comfortable. Just when you start to learn the ins and outs of the platform BOOM! Something new. They recently changed the format and features we’ve all gotten used to in the form of their new timeline. As of March 30, 2012, everyone was forced to go with the new Facebook timeline or go home. I will admit, I was annoyed and longed for the simplicity of the old layout. And at first glance, I did not see anything really major until my eyes settled in and noticed a “theme” – Facebook had become more visual.

Sure, before it was a place we all loved to post photos and then comment, share and “Like” said media but this new timeline was different. At the top of a profile now loomed a place for a “Cover Photo. And not only that but any media I uploaded became more prominent – photos were bigger, videos begged to be watched and even app photos were clearer and easier to decipher. 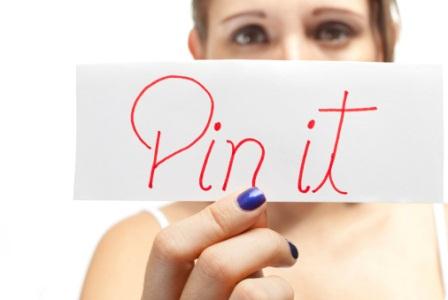 Pinterest recently emerged as the Queen Bee of the social media pack and everyone was dying to join the clique because social media experts claimed it was the third most popular social network in the U.S. beating Google Plus due to an increase in traffic between January and February 2012.

I was already using it in my personal life, digging around the Internet for interesting photos to pin or finding what other users already pinned and re-pinning it. But businesses have jumped into the fray too and taken advantage of lots of fun options open to them. For example, restaurants can pin images of some of their dishes and creative companies can pin some of their “designs.” As a matter of fact, some of my favorite brands, including clothing and jewelry designers, have gotten in on Pinterest presenting a stunning visual presentation of their products and services.

Instagram is similar to Pinterest yet they’re not the new kid on the block. Instagram is a photo app that allows you to add a quirky filter and share it across other social media networks such as Facebook, Twitter, Tumblr and Foursquare. The fun is in the filters and users can select everything from black and white filter to a 70s infused filter that gives your photos a vintage feel. But sharing photos is not the only fun to be had on Instagram – you can follow your favorite users to stay up to date on the pics they are snapping, filtering and uploading.

Recently Instagram experienced a kind of rebirth in the world of social media since the mobile app became available on the Android market (prior to that it was exclusive to Apple). Since then it has picked up steam and more people are using it to capture everyday moments they want to share with the world.
Businesses have been using it too by taking pictures of their products and providing customer service by filtering questions about products. I personally follow a few brands on Instagram and find myself visiting their Instagram profile more often than their website for pictures of the latest products.

What are some ways you can see your business taking advantage of the visual dynamics of social media? We’d love to hear your thoughts so leave us a comment below.

How to Use Social Media Marketing to Grow Your Business

Top 4 Reasons Why Content Creation is a Marketer's Biggest Challenge

How to Create the Ultimate Competitive Analysis Strategy